The long plantar ligament is a thick band of connective tissue that is found at the base of the foot. It is the longest of the three foot ligaments and connects the second metatarsal to the fifth metatarsal. Its thickness varies depending on its location, but it is almost always uniform. The length of the short plantar is approximately six to nine centimeters. In some cases, it is much longer. 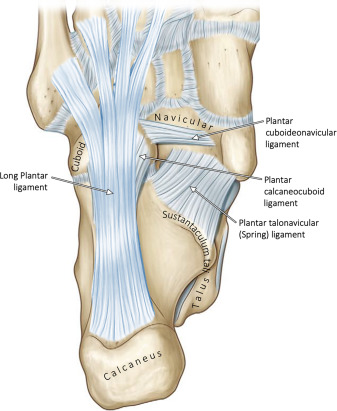 The long plantar ligament is composed of multiple bands attached to the calcaneus. These bands are located in different locations and can be detected by ultrasonography. In addition to the length of the long plantar ligament, it is the location of various structures. Its low signal intensity and rectangular shape make it easily visible in all planes, although it is best visualized in the sagittal and coronal planes.

The long plantar ligament is a thick fibrous band of connective tissue that attaches the second and fourth metatarsal bones. The distal band is made up of two bands. Each of them has a triangular and a rectangular superficial band. Its surface appears striated and has intermediate signal intensity. The deep band attaches to the navicular bone, while the other two bands attach to the calcaneocuboid.